A Tail of Courage over Cancer

By Lonna Coleman and Salty 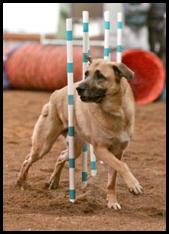 At 7 years old, a lump became visible on Salty’s right hip.  My heart dropped!  From observation only, our vet diagnosed it as a Lipoma.  A sense of relief!  A needle biopsy revealed a few round cells.  Despair!!! Histopathy of the lump, after removal, reported it as a Grade 1 Soft Tissue Sarcoma, a tumor originating from the nerve sheath.  Utter despair!!!!!   Because of the location, the right hip, one of the most common sites to administer a vaccine, our vet believes a vaccination was the cause of Salty’s tumor.   I’ve since learned that, in regard to cancer and injection sites, it is extremely important to have our vet map out injection sights on our pet’s chart each and every time they administer a vaccine.

Because Salty’s tumor was in a difficult position, the surgeon was not able to excise the tumor with wide enough margins, typically curative for peripheral nerve sheath tumors.  So, radiation therapy was recommended. We were left with a decision to leave it and have it return within a year as a much more aggressive tumor (possibly a Grade 2 that could metastasis to his lungs), or treat the tumor with radiation, giving Salty only a 16% chance of the cancer returning in 5 years.

We soon discovered that deciding on a treatment was much more difficult than receiving the diagnosis, realizing that our decision would determine Salty’s life span and possibly affect his quality of life.  At times, we were leaning towards diet and supplements alone.  But, with the exception of using maitake mushrooms to successfully treat Lymphoma, there’s insufficient research using diet and supplements in treating cancer.

After considering these facts:  Salty’s age, research proving that radiation treatment will give Salty an 84% chance of the tumor not returning within 5 years, and knowing that Salty jumps into everything head first with all of the joy and enthusiasm he can muster, we opted for radiation as well as diet and various supplements (with the exception of antioxidants and wormwood) to aid his body in its fight against cancer.  We were told by our vet, as well as the oncologist, that both antioxidants and wormwood can block the effectiveness of the radiation.

In Salty’s case, the oncologist recommended 20 treatments in a period of 5 weeks. Our vet’s only concern was that Salty wouldn’t be the same dog after being anesthetized 20 times, once for each radiation treatment.   But, after talking to the oncologist, our vet was extremely happy with both their procedure (an injection of Propofol, intubation and isoflurane gas), and the experience they have gained from performing such a vast number of anesthesias.   The total cost of Salty’s radiation treatments was $5562.40.  And, because we didn’t have the money, it was a consideration, but definitely not the determining factor.  We ended up applying the entire amount to our credit card.

Salty always entered the taking the place by storm, rushing in to meet and greet everyone in the building with his whole body wagging.  And then, he led them down to the room containing the linear accelerator saying, "AWOOO" (his expression of ultimate joy) just before they "knocked him out".   This “ritual”   continued through all 20 treatments.

Each treatment took approximately 30 minutes, from the time Salty went with them until the time he was returned to me (ready to walk out of the building and jump into the car).  The bulk of the time was taken up with putting him to sleep and waking him up (the radiation itself took only a matter of seconds).

The last 3 radiation treatments and the following two weeks were the hardest part for both Salty and I. When Salty started experiencing a lot of pain in the irradiated area after his 17th treatment, it was very hard to bring him in for the next 3 treatments, knowing it would hurt him even more after it was already hurting him so much.

Salty was also beginning to show signs of a 2nd degree burn in the area of the incision where the tumor was removed. Over the next 3 days, this spread over the entire area.  The extreme skin tenderness and the 2nd degree burn were the only side effects Salty experienced from the radiation treatments.  Several times a day, I needed to soak the area with Epsom salts and apply an all purpose salve from Wise Woman Herbals. It was too painful for Salty to accept the salve in    the beginning, so I sprayed the area with    refrigerated Aloe Vera until I could apply the salve.

Our greatest challenge was preventing Salty from licking the irradiated area, and it was vital that he didn’t so as not to affect the healing process.  We were told that it was very important to prevent him from scratching, licking or chewing, since the skin in   this area is easily injured.  After several days of frustration and sleepless nights, I came up with a solution that worked, an E-collar AND a No Bite Collar because neither one of them worked alone!  It   took almost 3 weeks after the final radiation treatment for the entire area to heal, and the only thing we are presently applying to his skin is Vitamin E.  We were told that the side-effects of the radiation on the skin and coat of dogs receiving the same treatment can vary with each dog.  So, we can only wait and see, but Salty’s hair has been coming in on the outer edges and slowly working its way towards the center (causing the area to become smaller as time goes by). 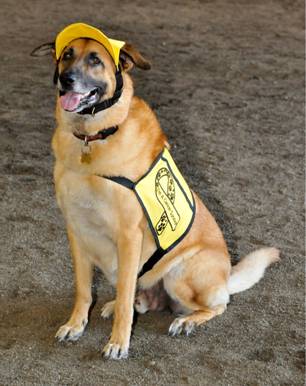 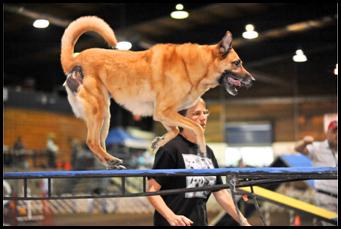 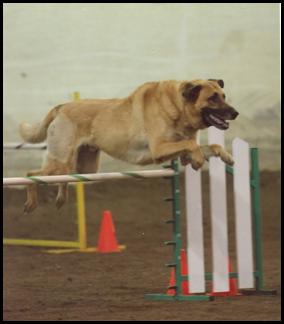 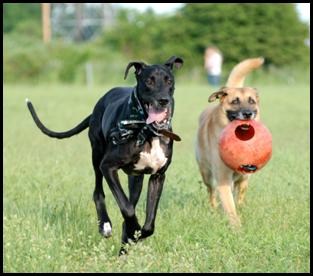